Is English really the language of the Vikings? 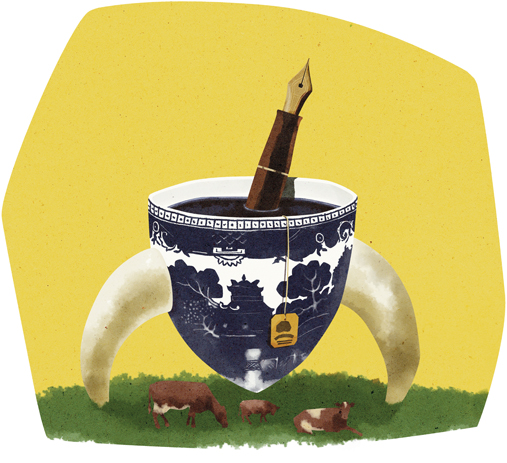 The long-lasting influence that Old Norse left on the English vocabulary and grammar following the settlement of Scandinavian newcomers during the Viking Age has long been recognized. It is, for instance, very difficult to find a history of the English language that does not discuss, in some way or other, the presence of Norse-derived terms in non-technical lexico-semantic fields (e.g. PDE egg, skin, low, etc.) or the replacement of the native paradigm of the 3rd person plural pronouns with their Old Norse equivalents (PDE they, them, their).

In the present book Emonds and Faarlund take matters further and, joining (to some extent) past claims that Middle English should be seen as a creole developed from the mixture of English and Old Norse, put forward the controversial argument that Present Day English and its predecessor Middle English are not direct continuations of Old English but stem from “Anglicized Norse”, i.e.  the Old Norse spoken by the Scandinavian newcomers who settled in the East Midlands and the North of England + a very significant amount of English vocabulary.

The authors develop this intriguing suggestion by focusing first briefly on the etymological origin of the Middle English lexicon (Chapter 2 and, to some extent, Chapter 7). The main point that they put across here is that the Middle English lexicon became mixed in the period following (their emphasis, p. 48) the Norman Conquest, to the extent that “as much as 50% of this vocabulary [...] can be equally well attributed to Old English and Old Norse” (p. 49). However, they do not devote much attention to vocabulary because, as they rightly point out, words (particularly terms belonging to open-ended word classes) can be borrowed relatively easily and, therefore, a convincing argument about the genealogy of a language cannot take this linguistic area as its main source of evidence.

Thus, Chapters 3-6 turn instead to the study of about 20 morphosyntactic features which are said to associate Middle English and later stages of the language with the North Germanic languages rather than with Old English (e.g. the move from OV to VO order, the replacement of the Old English system of verbal prefixes with phrasal verbs, preposition stranding, split infinitives, the disappearance of Old English correlative adverbs, etc.). The analysis of these features leads them to conclude that “English syntax is uniformly North Germanic” (p. 131; their emphasis) and does not exhibit any features that are “more reminiscent of Old English rather than Old Norse” (p. 131).

In Chapter 8 the authors study the loss of case inflections in Middle English and Old Norse, and conclude that, while there are similarities, this feature cannot actually help us in establishing where the genealogical origins of English lie, to a great extent, because this is a wider trend in North-West Europe.

While I admire the authors’ effort to challenge the traditional classification of English as a West Germanic language, I find it difficult to agree that their “unorthodox” conclusion is indeed “inescapable” (p. 154). Given that my own area of expertise lies in the lexical effects of the Anglo-Scandinavian linguistic contact, I will start by tackling their views on the Middle English lexicon.

The two parts of their argument (dating and etymological origin of the terms) are problematic. With regard to dating, the authors do not make much reference to the fact that very few of the Old English texts that have survived are written in a dialect other than Late West Saxon, and this makes the analysis of the actual language(s) spoken in the areas where the Scandinavian newcomers settled down particularly difficult. It is only in the Middle English period, when we have texts written in a wider variety of dialects, away from the Late West Saxon ‘standard’, that we can start to see fully the impact of Norse vocabulary on English.

Yet, one only needs to look at texts such as Aldred’s glosses to the Lindisfarne Gospels (10th century) to see that Norse influence on non-technical lexico-semantic fields cannot be simply attributed to the period after Norman Conquest.

Much more problematic, though, is their etymological assessment of Middle English vocabulary. They state that it is wrong to assume that “any word with an Old English cognate comes from Old English rather than Norse” (p. 52). No one would dispute this. Yet, the reader does not find much discussion about the different types of evidence that one can use to identify Norse-derived terms in English, ranging from very reliable (some phonological and morphological features) to fairly problematic (e.g. the date and, to some extent,  dialectal distribution of a term’s initial attestations). This is the evidence that we need to invoke in order to establish whether a term is likely to come from Old English or Old Norse. It is certainly not enough to simply indicate the existence of cognates in a particular language.

Furthermore, lists that present together as Norse loans, without any further explanation, terms whose Norse origin is almost certain (e.g. PDE egg, where we have an example of sharpening or Holtzmann’s Law) and terms whose Norse derivation is far less clear (e.g. PDE both, call and die; see Dance 1999, 2000 and 2003) are not particularly helpful for the scholarly debate that Emonds and Faarlund are trying to start (pp. 50-53). Part of the problem here is that the authors have drawn their data from a mixture of non-scholarly sites (mainly Wikipedia) and introductory textbooks (mainly Baugh and Cable 2002, but also Strang 1970 and Freeborn 1992), rather than in-depth studies on the identification of Norse-derived terms in English (e.g. Pons-Sanz 2007 and 2013 on Old English, and Dance 2003 on Early Middle English).

Emonds and Faarlund’s handling of the various morphosyntactic features is not fully convincing either because it faces similar problems (particularly, lack of attention to detail and problematic use of secondary sources).

Due to spatial limitations, it is impossible to discuss each feature in detail; therefore, the lines below discuss briefly only on two of them in order to exemplify some of the problems in the authors’ argument. As noted above, Emonds and Faarlund present the change from OV to VO as a feature that English must have adopted from Old Norse.

However, on the one hand, Taylor and Pintzuk’s (2015) data suggest that VO is likely to have actually been fairly common in Old English.

On the other hand, extant evidence does not suggest that Viking Age Norse was consistently a VO language (see Svenonius 2005 and Sundquist 2002: 343-46), nor are North Germanic languages uniformly VO. With regard to preposition stranding, Emonds and Faarlund seem to be aware of Hiltunen’s 1983 book on this topic, but do not discuss the fact that the author believes that language contact is likely to have accelerated the change rather than starting it, given that in late Old English the productivity of verbal prefixes had already diminished. Emonds and Faarlund do not refer either to Thim’s (2012) more recent work. The latter (2012: 184-85) argues rather strongly against attributing the change to Norse influence. Instead, Emonds and Faarlund’s give more prominence to the accounts presented in Strang 1970 and short summary paper (Lamont 2005).[1]

In a nutshell, because of Emonds and Faarlund’s problematic handling of the data, both lexical and morphosyntactic, their argument is unconvincing and English remains a West Germanic language until we have more robust evidence to the contrary.

Hiltunen, Risto, The Decline of the Prefixes and the Beginnings of the English Phrasal Verbs: The Evidence from Some Old English and Early Middle English Texts (Turku: Turun Yliopisto, 1983)

[1] The information presented in this paragraph is based on Bech and Walkden’s forthcoming review of Emonds and Faarlund’s book. I am very thankful to the authors for having shared their review with me before its publication.

English: The Language of the Vikings

Jan Terje Faarlund is professor of linguistics at the University of Oslo.

Sara M. Pons-Sanz is senior lecturer in English Language at the University of Westminster.