It is possible to buy and sell cold, heat, rain and snow on the Chicago Stock Exchange. A professor in stochastic analysis has found the optimal formula for reducing the risk of storm shopping. 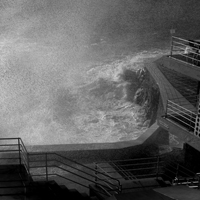 A decade ago people were amazed that it was possible to buy and sell electricity. Today it is quite common. On the Chicago Exchange it is now possible to trade in financial contracts based on the weather. The US market is growing.

– This type of trading makes it possible to make money, or lose money, depending on whether it is too hot or cold or whether it is raining and snowing, explains Professor Fred Espen Benth of the Centre of Mathematics for Applications (CMA) at the University of Oslo.

During recent years he has done research on how one can earn money and acquire financial guarantees against bad weather.

Earlier Benth developed robust financial simulations aimed at increasing the understanding of risk in options trading such as the purchase and sale of electricity at fixed prices and at given points in time.

No burden of proof

The purchase and sale of inclement weather is primarily associated with the electricity market. Electricity suppliers are fond of sub-zero temperatures. Cold weather means that they make lots of money from the sale of electrical power. On the other hand, they can incur large losses during warm winters. In order to ensure themselves against temperature fluctuations, the power companies can shop for so-called temperature variants on the exchange.

Storm shopping may also be interesting for airlines and large companies that stand to lose large sums of money due to bad weather. Schiphol Airport in Amsterdam purchases Frost Index products on the Chicago Exchange. Slippery runways entail extra expenses for both the airport and the airlines.

– Since the stock market obviously does not influence temperatures, one is able in this way to spread one's risk.

There are great differences between weather derivatives and normal stocks.

This means that the electricity supplier in Copenhagen has to purchase weather derivatives for other cities and balance them. An optimal solution might be perhaps to purchase a half derivative in Oslo, a quarter in Stockholm, and eighth in Berlin and an eighth in Amsterdam.

Working with his wife, Jurate Saltyte Benth, who several years ago was a post-doctoral research fellow at the University of Oslo, Fred Espen Benth developed new mathematical models for analysing weather derivatives in the market. These are statistical simulation models based on stochastic differential equations. Stochastics is the exact science of chance occurrences. Differential equations are mathematical equations describing changes in time and space.

– This is the first time we bring spatial statistics into financial models. We put together a number of weather contracts and have optimized the model to achieve the least possible risk. These are entirely new stochastic models.

Within the models they have incorporated seasonal variations throughout a year's time. It has been shown that uncertainty in the purchase and sale of weather derivatives is greater during the summer and winter than during spring and autumn.

– Our hope now is to obtain real financial data so that we can see if the model predicts correctly.

In contrast to ordinary stocks, weather derivatives have a memory.

If the market perceives that a company will become bankrupt in the near future, the share price will plunge towards zero straightaway. This is called a Markovian feature. This is not the case with weather, however.

– If it is minus ten today, one knows that the probability is slight that it will be five degrees above zero tomorrow, even though one has no guarantee at all concerning the weather. In the temperature market, one therefore witnesses that uncertainty declines just before the issuance of a temperature derivative. In the commodity market, the situation is the opposite.

– Isn't this rather obvious?

– The same should hold true for the gas and electricity market, but we don't see the same effect there.

– Have you developed a new field of mathematics?

– No, but we have developed a new method based on an existing theory.

His models have already created a stir internationally. Fred Espen Benth does not know if the models have been implemented. There is a lot of financial secrecy in the private business world.

– But of course those who use our model have an advantage.

– What would be the consequence if everyone used your model?

– If everyone traded in the same way, all demand would be wiped out, but the need for weather shopping varies. Some use simple models; others use more advanced models. Some people speculate; some hedge against risks. Still others go in when the volume is high, while others choose to trade when volume is low.

Purchase and sale of wind

The sale of temperatures and precipitation is only the first step.

– Wind derivatives are on the way. They target the windmill parks. Windmill parks need to ensure themselves against the lack of wind and against excess wind. In both cases, windmills come to a standstill.

With small adjustments, Fred Espen Benth's financial model can also be used to analyse the purchase and sale of wind.