The USA uses uranium from Russian nuclear weapons as fuel in its civilian nuclear power plants. If the weapon-grade uranium is mixed with the Norwegian element thorium, the waste becomes 95 per cent less radioactive. 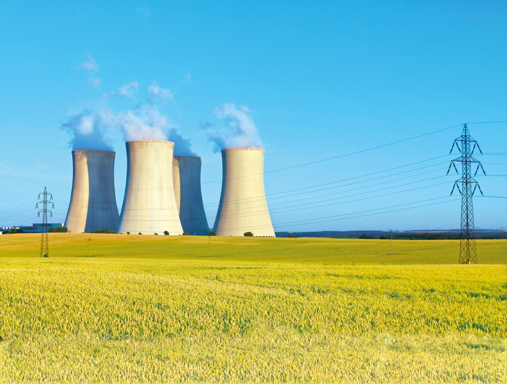 NORWEGIAN ROCK: The Norwegian element thorium can become an important resource in the use of uranium for nuclear weapons in nuclear power plants. Photo: Colourbox

Thanks to the 1994 disarmament agreement between Russia and the USA, 500 tonnes of highly enriched weapon-grade uranium from 20,000 nuclear weapons have been used as fuel in American nuclear power plants. This is equivalent to ten per cent of the total American electricity consumption in the past twenty years.

The Americans mix the weapon-grade uranium with ordinary uranium. Unfortunately, this method produces large quantities of long-lived radioactive waste that humanity must live with for the next 30,000 years.

A researcher at the University of Oslo has now found a new solution that can reduce the radioactive waste by 95 per cent. The solution can be used in light water reactors, which is the most commonly used type of reactor in Western nuclear power plants.

The trick is to mix the weapon-grade uranium with the element thorium. With its 180,000 tonnes of thorium, Norway has one of the largest deposits of this element in the world. Most of the Norwegian thorium deposits are in the Fens-field outside of Ulefoss in Telemark County.

"There are still 20,000 nuclear weapons that remain in the world. If we mix the uranium from these weapons with thorium, we can use more of the energy and produce much less hazardous waste. The waste will also be less radioactive in the future", explains Doctoral Research Fellow Sunniva Rose at the Center for Accelerator-based Research and Energy Physics (SAFE) at the University of Oslo.

She is the only researcher in Norway to have been awarded a grant to study reactor physics together with the big boys at the Institut de Physique Nucléaire outside Paris. She is one of few researchers in Norway who have access to the secret code that makes it possible to do computer simulations of nuclear reactions in a nuclear reactor. The USA is very strict with these codes. They fear that countries like Iran will get hold of the code.

Better than the USA

When the Russians were producing the weapons, they used a lot of energy and money on creating highly enriched uranium. In Sunniva Rose's solution, this energy is not wasted. 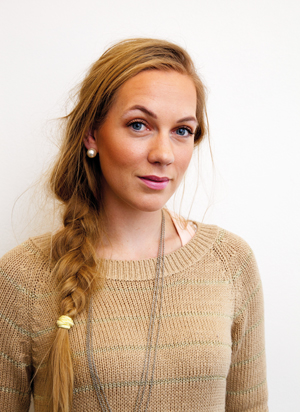 PEACEFUL: "There are still 20,000 nuclear weapons that remain in the world. If we mix the uranium from these weapons with thorium, we can use more of the energy and produce much less hazardous waste than what the Americans are currently achieving", says Doctoral Research Fellow Sunniva Rose. Photo: Yngve Vogt

To understand this, it is important to understand the difference between low and highly enriched uranium. Just like every other element, uranium can come in many different isotopes.

Uranium-235 and uranium-238 are just two of the possible uranium isotopes. Uranium has 92 protons. The numbers 235 and 238 represent the sum of the protons and neutrons. The more neutrons, the heavier the atomic nucleus.

Nuclear energy is created by splitting atoms. This is done by bombarding the fuel with neutrons. It is much easier to split uranium-235 than uranium-238. When uranium-235 is split, great amounts of energy are released. This creates free neutrons that start a nuclear chain reaction.

In the solution the Americans have chosen, the weapon-grade uranium, uranium-235, is mixed with natural uranium, which is nearly pure uranium-238. Uranium-238 is the source of very dangerous radioactive waste.

In Sunniva Rose's proposal, five percent part of highly enriched uranium is mixed with 95 per cent thorium. This means that the share of ordinary uranium is replaced by ordinary thorium. Some of the thorium will in time be turned into the uranium isotope uranium-233.

"With this solution, we can use more than twice as much of the energy in the fuel as the Americans are currently achieving."

The solution is to recycle the uranium repeatedly from the nuclear waste.

"Each round of recycling makes the uranium a bit poorer, but it is nevertheless possible to extract more energy by recycling the waste seven or eight times."

When the waste is less radioactive, it emits less heat. This makes it possible to store the waste much closer together.

Rose's solution has a small drawback. Without recycling, there is no point in using the thorium method. In such cases, the American method is better.

"The recycling is not trivial. When we use fuel with thorium, small amounts of the very radioactive material uranium-232 are produced."

In time, uranium-232 will turn into thallium-208 and lead-208. This process is so radioactive that the fuel is difficult to handle.

"The dosage is lethal within a short time. When uranium is recycled from thorium fuel, the entire plant must be controlled remotely. This has not been solved yet. The day the price of crude uranium increases, it may be profitable to look at this."

Sunniva Rose nevertheless points out that her method can be used before the recycling plant is in place. "The solution is an intermediary storage facility. The waste from the thorium solution is a resource and is as valuable even when it is necessary to wait several decades to recycle it.", says Sunniva Rose